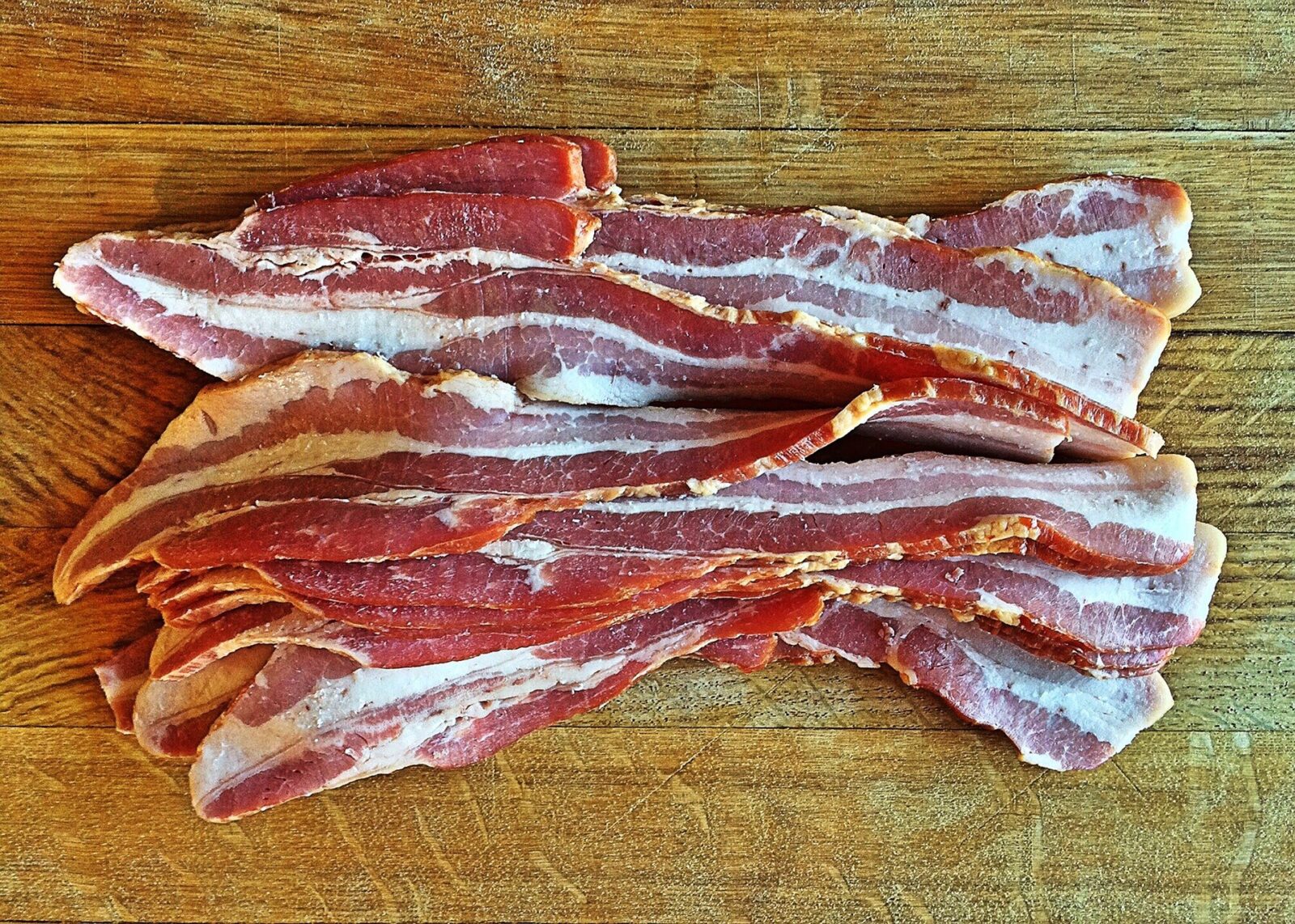 Prevalent food restrictions and culinary advances over the years have created the need and possibility for bacon variations beyond salt-cured pork. Nowadays, when it comes to bacon, your options are plentiful.

Although most types of bacon are available in grocery stores, the more niche and specific you are, the harder it can get to track down the cut or style of bacon you are looking for. Fortunately, meat delivery services make it possible to handpick the type of bacon you want and have it sent straight to your house.

Before you head to the grocery store or complete your meat delivery order, consider the main types of bacon you’ll come across:

The Spruce Eats defines pork bacon as salt-cured pork that comes from either a pig’s belly or back. Pork bacon can be fried, smoked, baked and more.

That said, if you want to get a little bit fancy with your bacon, you can also venture into different flavourings like hickory and maple. For a more rustic vibe, on the other hand, you can opt for a slab of pork bacon. This is quite literally a slab of bacon with the rind attached that gets sliced into strips or chunks.

Common types of pork bacon include:

Pancetta is a cut of pork that is in a league of its own. This Italian bacon that comes from pork belly is cured with spices and thinly sliced. It provides a more subtle flavour, as it is not smoked like other types of bacon.

Canadian bacon, also known as back bacon, refers to a smoked and fully cooked pork loin. It is still considered bacon, even though it bears more resemblance to ham.

This type of bacon is often ready cooked in its packaging, which makes it even easier to add to your breakfast.

Other common types of pork bacon include

Turkey bacon is a great alternative for those who can’t eat pork or prefer not to. While turkey bacon is lower in fat than pork bacon, it is higher in sodium.

Chicken bacon is thinly sliced meat from a chicken that gets cured and treated the same way as pork bacon. The biggest difference between the two is that chicken bacon is higher in protein and contains less fat and calories. This makes chicken bacon ideal for those looking to cut down their fat consumption without sacrificing the salty, crunchy satisfaction that comes with bacon.

Yes, there is a bacon option for those who don’t eat meat. With tempeh bacon, your vegetarian friend doesn’t need to feel left out of your bacon and egg cottage breakfast. Tempeh bacon is a tofu-based product that provides a smokey and salty taste and crunchy texture that resembles that of bacon.

426 thoughts on “Meat Delivery’s Guide to Types of Bacon”